People changed their online behavior last year. The records have moved from November to December after many years. February was the weakest. 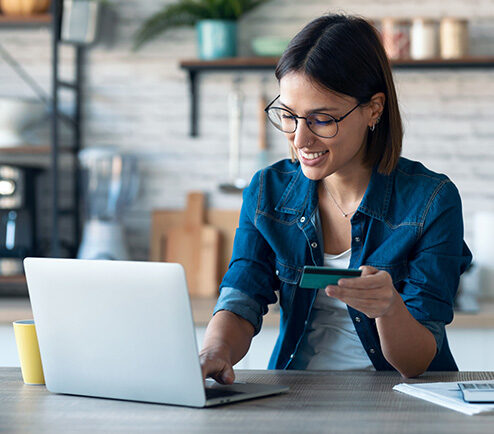 People changed their online behavior last year. The records have moved from November to December after many years. Black Friday in November was still strong, but it’s not as alluring as before. This is partly because sellers are trying to spread it over a longer period, and partly because of improved e-shop expeditions.

Thanks to the pandemic, the sellers have significantly increased their distribution capacity and people are much more confident that their goods will arrive on time by Christmas. Therefore, they are not afraid to shop in December. PayU processed last year’s highest online sales on December 13, 14, and 15. The latter was by far the strongest day of the year. On the other hand, sales were already declining in the second half of December which was reflected in total December sales. If we compare the volume of transactions for individual months, November was the strongest last year.

February was the weakest

Overall, last year was a historic record again. Surprisingly, the summer was also strong – the amount of money people spent online increased by half compared to 2020. The volume of online payments in the PayU network grew by 42 percent year-over-year. Online shopping has been on the rise despite a complete lockdown during a part of the previous year where people did not have the opportunity to shop in brick-and-mortar stores. By 2021, the brick-and-mortar stores were already open, and despite this, online sales significantly exceeded the previous year.

February and June last year were the weakest months in terms of online sales. February was the weakest as usual. In January, people are still spending money they received for Christmas. February is also the shortest month, which weakens it significantly. May and June are weaker due to the weather. On sunny days, people go out more and shop less.

From the beginning of 2021, new legislation related to 3DS 2.0 came into force, bringing stronger transaction verification by the user or the cardholder. While previously verification worked via SMS, since January 2021 banks and users have switched to mobile applications and mobile keys. It was a technological change, which is always a bit challenging.

Nevertheless, it did not have a negative effect on the growth of payments. Not only did people shop more, but the number of successfully completed payment transactions in the PayU network approved by the card issuer, the bank, increased by 3% on average.  It was thanks to the market as a whole. We have been working closely with all key financial institutions for a long time and we have also helped educate users. The transition to 3DS 2.0 pays off for them, as confirmation via faceID or touchID is ultimately easier and definitely more secure than previously widely used SMS.